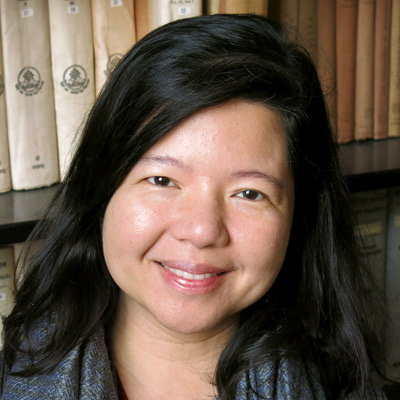 Research interests:
Karen Llagas is a recipient of a Filamore Tabios, Sr. Memorial Poetry Prize, a Hedgebrook residency and a Dorothy Sargent Rosenberg Poetry Prize. Her first collection of poetry, Archipelago Dust, was published by Meritage Press in 2010.  Her poems have appeared in Rhino Poetry, Crab Orchard Review, the anthologies Troubling Borders, An Anthology of Art and Literature by Southeast Asian Women in the Diaspora (University of Washington Press, 2014), The Place That Inhabits Us: Poems of the San Francisco Bay Watershed (Sixteen Rivers Press, 2010), Field of Mirrors, (PAWA, 2010), among others. Her research interests include myths and folklore in contemporary Filipino and Filipino-American literature; as well as heritage language teaching within the framework of critical pedagogy. She’s currently at work on a Tagalog verb book (501 Tagalog Verbs, with Tuttle Publishing), and her second collection of poems.