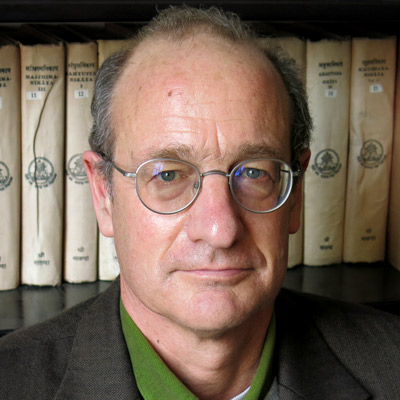 Research Interests
Alexander von Rospatt is Professor for Buddhist and South Asian Studies, and Director of the Group in Buddhist Studies. He specializes in the doctrinal history of Indian Buddhism, and in Newar Buddhism, the only Indic Mahayana tradition that continues to persist in its original South Asian setting (in the Kathmandu Valley) right to the present. His first book sets forth the development and early history of the Buddhist doctrine of momentariness. His new book “The Svayambhu Caitya and its Renovations” deals with the historical renovations of the Svayambhū Stupa of Kathmandu. Based on Newar manuscripts and several years of fieldwork in Nepal, he reconstructs the ritual history of these renovations and their social contexts. This book complements numerous essays von Rospatt has authored on various aspects of this tradition, including its narrative literature, its art historical heritage, and its tantric rituals and their origins and evolution. His current research focuses on 1) the mural paintings and other visual depictions of the Svayambhupurana, 2) the life-cycle rituals of old age as observed among Newars and their depiction in icons dedciated to Ushnishavijaya, 3) colophons of Nepalese manuscripts.