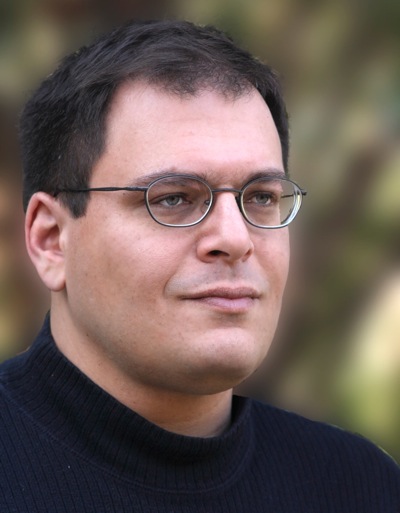 Few young scholars have made so big and enduring impression on our faculty and students in so short a time as Associate Professor of Indonesian Studies, Jeffrey Alan Hadler, who tragically passed away after a brief but fierce and intense struggle with cancer on January 11, 2017.  Jeff, as we all knew him, was just forty-eight years old.  He was big in every sense of the word. He certainly cut a tall, striking figure, roaming the campus in his brightly colored, signature Javanese shirts and sandals. But he was big, too, in heart, spirit and learning: a wonderful mentor to our students and a generous colleague and friend to all of us.

Jeff served the University in many capacities during his sixteen years as a faculty member. He was the Head Graduate Advisor, and then Chair of the Department, and was active in University administration as well, as a member of Academic Senate’s Committee on Research, and of the Graduate Council’s Fellowships and Graduate Scholarships Committee.  He also served as Chair of the Center for Southeast Asian Studies.  Beyond the University he was a founding board member of the American Institute for Indonesian Studies, a member of the Southeast Asia Council of the Association of Asian Studies, the Executive Committee of the Southeast Asia Microform Project, and the Fellowship Selection Committee of the Charlotte W. Newcombe Doctoral Dissertation Fellowship.

But Jeff is perhaps best remembered for his outstanding scholarship and encyclopedic knowledge of the languages, literatures, histories and cultures of insular Southeast Asia. He received his undergraduate training at Yale, where he designed his own major, combining literary studies, anthropology and political science. He completed his M.A. (1994) and Ph.D. (2000) at Cornell University under the supervision of Professors Takashi Shiraishi and Benedict Anderson producing a dissertation on the Minangkabau community of West Sumatra. After graduating from Cornell, Jeff was a Fulbright Senior Scholar at the State Islamic University Syarif Hidayatullah in Jakarta, Indonesia.  In 2001, he came to Berkeley, where he served, first as Assistant Professor, and then as Associate Professor of Southeast Asian Studies until his passing.

Jeff rose to become a bright star of Indonesian Studies, researching and publishing broadly on such varied topics as Indonesia during the Soeharto years, the nineteenth-century Islamic cleric Tuanku Imam, and Indonesian anti-Semitism. His 2008 book, Muslims and Matriarchs: Cultural Resilience in Indonesia through Jihad and Colonialism (Cornell University Press) was awarded the 2011 Harry Benda Prize in Southeast Asian studies by the Association of Asian Studies. The breadth of Jeff’s knowledge and interests might be seen most clearly in what was to be his last book project–situated at the intersection of history, art history, and literary studies–on the renowned twentieth-century Indonesian philosopher and painter, Nashar.  One can but regret that this groundbreaking project was left unfinished,  his work cut short by his illness and death.

Jeff grew up in Chapel Hill, North Carolina, and first went to Indonesia as a high school student with the AFS (American Field Service) youth exchange program. And it was in Indonesia, while he was conducting his dissertation research in West Sumatra, where he met his beloved wife, Kumi Sawada.

Jeff is survived by Kumi and their wonderful daughters, Maia and Noe, as well as by his loving parents, Dr. Nortin and Mrs. Carol Hadler of Chapel Hill, and his sister Elana Perl and her family of Washington, D.C.  A fund has been established in Jeff’s name and his personal library of works in the field of Southeast Asian Studies has been donated to UC Berkeley’s South and Southeast Asian Library. This special collection bears the name, the Jeffrey Hadler Collection in Southeast Asian Studies.