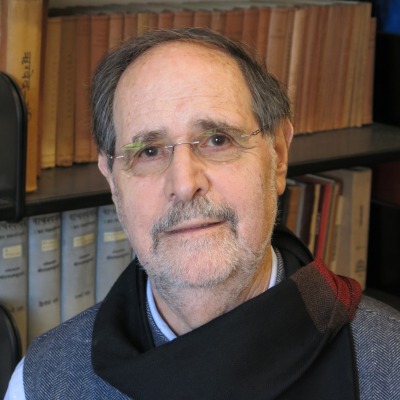 Office Location: 346B Dwinelle Hall
Office Hours: MF 10-11am and by appointment

Robert Goldman is the William and Catherine Magistretti Distinguished Professor of Sanskrit and India Studies.  He completed his doctoral studies at the University of Pennsylvania in 1971 and has taught and held fellowships and  several academic institutions around the world, including  the University of Rochester, Oxford University, Jadavpur University and Jawaharlal Nehru University. His areas of scholarly interest include Sanskrit literature and literary theory, Indian Epic Studies, and psychoanalytically oriented cultural studies. He has published widely in these areas, authoring several books and dozens of scholarly articles. He is perhaps best known for his work as the Director, General Editor, and a principal translator of a massive and fully annotated  Princeton University Press translation of the critical edition of the Valmiki Ramayana, perhaps the single most widely copied and massively influential text on the religions, literatures, societies politics and general cultures of the entire region of South and Southeast Asia from antiquity to the modern world. His work has been recognized by several awards, fellowships and prizes including election as a Fellow of the American Academy of Arts and Sciences (1966), Citation and Award for Distinguished Teaching at the University of California at Berkeley (1974), Honorary Fellowship at Calcutta Sanskrit College (1992), Honorary Degree of “Vidyāsāgara” (“Ocean of Learning”) by the Mandākinī Saṃskṛta Vidvat Pariṣad, New Delhi (1997), President’s Certificate of Honour for Sanskrit (International) (2013), Excellence in Teaching Award presented by the Phi Beta Kappa Northern California Association ( 2016), the World Sanskrit Award 2017 presented by the Indian Council for Cultural Relations, (2017) and the A.K. Ramanujan Translation Prize by the Association of Asian Studies (with Sally Sutherland Goldman) ( 2020).