Have you ever wondered why the homes of Filipino families in the United States display religious statues or celebrate Christmas and Lent in a different way from other Christians? Have you read Filipino poems, stories, songs, and festivals that focus on or mention Babaylan spritual leaders, the Virgin Mary, the Black Nazarene, the infant Jesus or the Muslim faith? This class looks into literature and art as influenced by precolonial belief systems, the Catholic religion, Protestantism, and Islam. Among the topics that will be discussed are gods and goddesses in creation myths; Lenten rituals, theater and the trope of savagery; tattoo practices and spirituality; the cult of the Virgin Mary and the short story; modernism in the short stories of Ibrahim Jubaira; amulets, power and peasant uprisings as depicted in fiction; and the mystical mountains of Banahaw and Makiling in myth making. Joi Barrios serves as a Senior Lecturer teaching Filipino and Philippine Literature at UC Berkeley (UCB) after serving as Associate Professor at the University of the Philippines Diliman (UPD). She has published more than a dozen books, among them the book of novelettes “My Prince Charming and Other Romance Noveletttes,” (UP Press, 2001); and her research "From the Theater Wings: Grounding and Flight of Filipino Women Playwrights” (UP Press, 2008). She has won fourteen national literary awards, the Distinguished Teaching Award for Non-Senate Faculty, 2013, from the UCB College of Letters and Science, and three lifetime achievement awards, including Weaver of History (one of 100 women chosen by the Philippine Centennial Committee), 199 and the TOWNS (Ten Outstanding Women in the Nation's Service) Award, 2004. Faculty web site: http://sseas.berkeley.edu/people/faculty/joi-barrios-leblanc Karen Llagas lectures in UC Berkeley’s Beginner and Intermediate Filipino classes; she teaches Tagalog privately and in group classes in the San Francisco Bay Area and online. Faculty website: https://sseas.berkeley.edu/people/karen-llagas/ 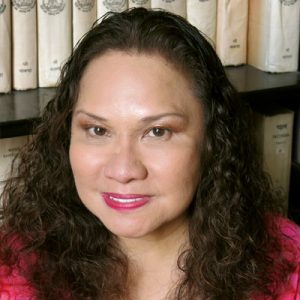 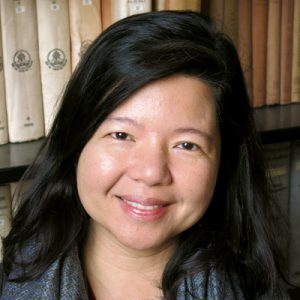