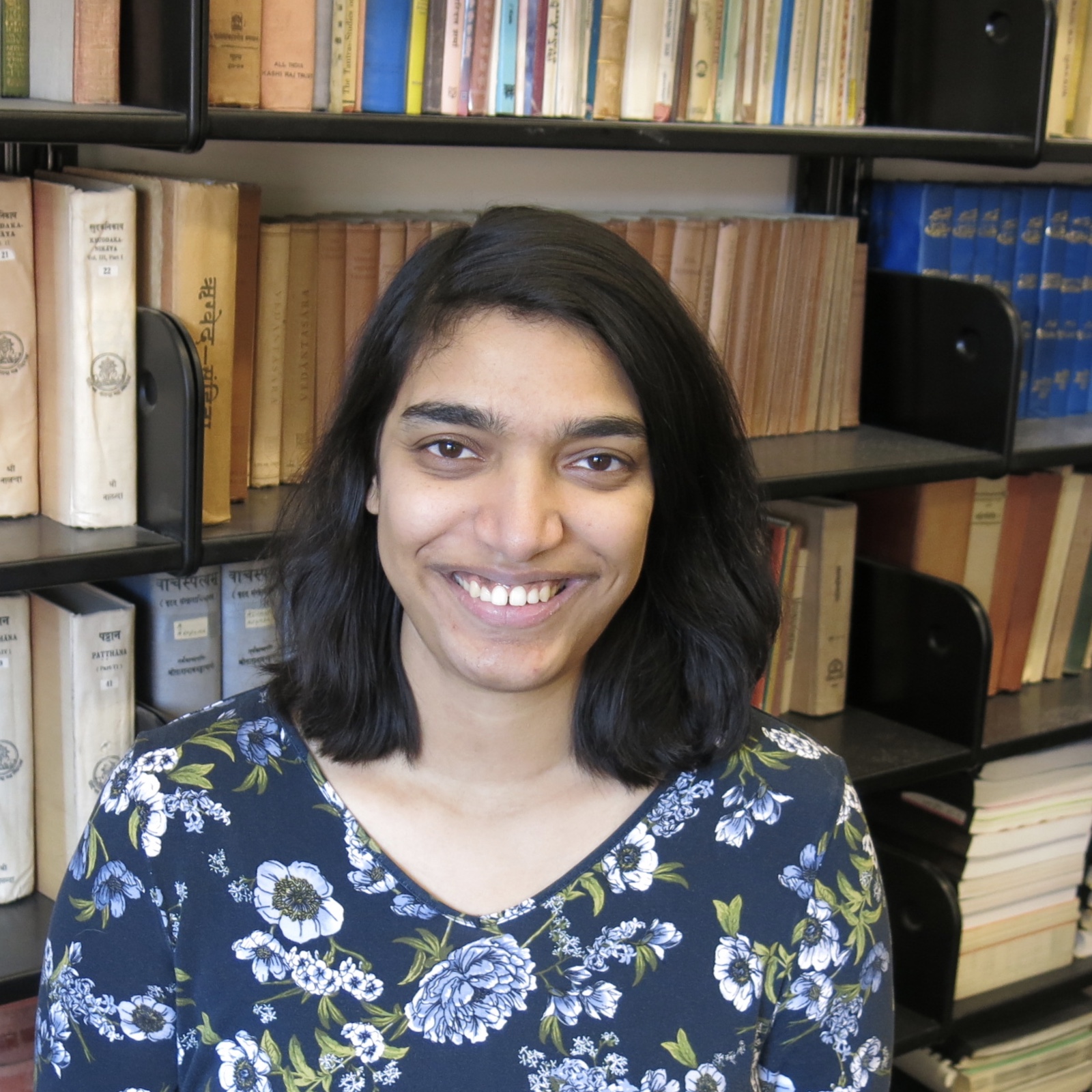 Sohini is a Ph.D. Candidate in the Department of South and Southeast Asian Studies. She received her B.A. in South Asia Studies and Theatre Studies from Wellesley College in 2012 and her M.A. in Middle Eastern, South Asian, and African Studies from Columbia University in 2015. Her dissertation project explores how regional Vaiṣṇava religious traditions transformed the narrative and transmission of the Mahābhārata in premodern South Asia. The two texts at the center of her project are Villiputtūr’s fifteenth-century Tamil Pāratam and Sabalsingh Cauhān’s seventeenth-century Bhasha (Old Hindi) Mahābhārat. Sohini is also the editor, with Nell Hawley, of Many Mahābhāratas (forthcoming from State University of New York Press), a collection of eighteen essays on interpretations of the Mahābhārata from an expansive range of South Asian languages, genres, and historical periods. Sohini’s other research interests include Hindi literature, Tamil literature, bhakti traditions, Hindu mythology, and contemporary adaptations of South Asian literature in performance, television, and film.